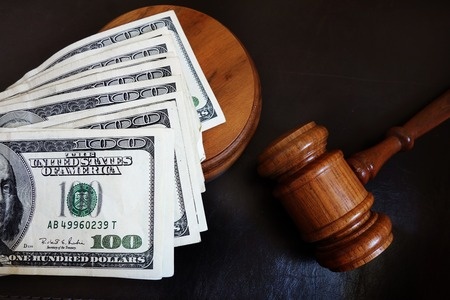 The new model BIT lay outs detailed procedural rules on the appointment of arbitrators, conduct of arbitral proceedings, transparency, award, costs and related matters. For instance, an early review mechanism has been introduced to prevent frivolous claims based on weak grounds. Further, to ensure arbitrators are impartial and free of any conflict of interest, strict disclosure norms have been introduced under which arbitrators will have to disclose in writing their existing or past relationships with any of the parties. Similarly, all documents (except confidential information) related to investment dispute will be made available to public and the tribunals shall make logistical arrangements to facilitate public access to hearings through video links and other means. The introduction of such rules is a welcome development given the lack of transparency in investor-state arbitration process.

Already questions are being raised about the necessary impartiality and independence of arbitrators in resolving investment disputes. In 2013, the President of the International Court of Justice, Peter Tomka, removed Francisco Orrego Vicuña as an arbitrator in CC/Devas and others v. India (an UNCITRAL arbitration case under the India-Mauritius BIT) because of “issue conflict” as he had expressed a fixed position in three previous decisions and an academic paper on the application of essential security clauses.

The conduct of arbitral tribunal could be further improved by limiting the choice of arbitrators to a fixed pool of arbitrators appointed by both host and home states. To ensure a high degree of transparency, the civil society groups have been demanding that the tribunals should accept amicus curiae (friend of the court) submissions, similar to transparency rules of the UN Commission on International Trade Law (UNCITRAL).

There are substantial provisions in the new model text for settling disputes between the state parties. This is despite the fact that there are very few instances of state-state arbitration cases under the BIT at the global level.

Some analysts expect that the inclusion of state-state dispute settlement mechanisms in BITs may gain grounds in future as it offers a better alternative to highly controversial investor-state arbitration mechanism. Nevertheless, managing both mechanisms with varying procedures is a challenging task for policy makers.

India’s new model BIT calls for settlement of disputes related to the interpretation or application of BIT through consultation and negotiation between the state parties. If a dispute is not settled within six months, either party can submit it to an arbitral tribunal for resolution. The new model provides procedural rules regarding the setting up of an arbitral tribunal.

Unlike the 1993 model text which allows exceptions to protect essential security interests, the new model treaty text provides an exhaustive list of economic, environmental and social measures which shall be exempted under the Treaty. The scope of these measures have been broadened to safeguard the policy space that may be required to pursue legitimate public welfare objectives.

Following is a list of non-security exceptions mentioned in the new model text:

iv.            Measures taken to ensure the integrity and stability of banks, financial institutions and financial system;

vi.            Measures related to protection and conservation of environment including all living and non-living natural resources;

The new model allows periodic review of BIT at every five years once it is signed besides regular consultations and exchange of information between parties on the interpretation, application and implementation of treaty’s provisions.

Under Article 25, the new model allows amendments in the treaty’s provisions at any time at the request of either party. The amendments would be binding on the arbitral tribunals and their awards “must be consistent with all amendments.”

According to the new model text, the treaty will remain in force for a period of ten years and shall lapse thereafter unless the Parties seek its renewal in writing. Further, the BIT can be terminated anytime (after ratification) “if either Party gives to the other Party a prior notice in writing six months in advance stating its intention to terminate the Treaty. The Treaty shall stand terminated after sixty days from the date of receipt of such written notice.”

The new model text contains the so-called sunset clauses continuing the investment protection even after the termination of the BIT. The investments made prior to termination of BIT will get protection for a further period of five years after its termination. Whereas, the 1993 model text provides the Treaty to be effective for a further period of 15 years. There is little merit in incorporating the sunset clause in the new model treaty text. Rather the government should have ensured that once the Treaty is terminated, it shall not apply to investments made before the date of termination.

In sum, India’s new draft model BIT is a major departure from the 1993 model treaty. Under the new model text, India has opted for limited investment protection besides interpretative clauses have been incorporated to clarify the meaning and intention of several treaty provisions. The vague and controversial provisions have been dropped or clearly defined. The new model also contains safeguard measures with due emphasis on procedural requirements These amendments are primarily intended to preserve the policy space so as to pursue developmental and other objectives that may be difficult to reconcile with the framework of investment treaty obligations. To a large extent, India has attempted to maintain a balance between legitimate public welfare objectives and investor rights.

Needless to say, there is still a scope for further improvements in the new model treaty text for which public consultations with domain experts, think-tanks, state governments and civil society groups should be conducted. The government should be more proactive in seeking inputs from various stakeholders.

At the same time, it must be emphasized that the Indian government should not solely rely on a treaty-based approach to protect foreign investments. Rather the government should initiate domestic policy reforms – such as speeding up judicial proceedings and fixing the domestic arbitration ecosystem – to protect foreign investments. Such reforms would also be politically acceptable in India.