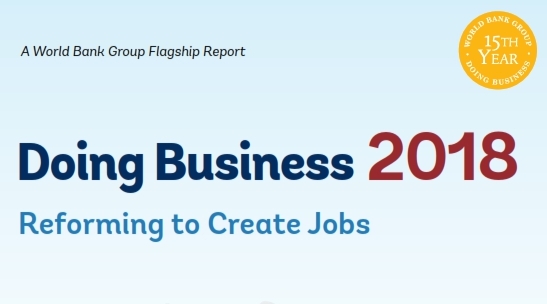 More than 100 civil society organisations, including Madhyam, have sought a major overhaul of the World Bank’s governing structures and policies following the scandal that led to the scrapping of its flagship publication, the ‘Doing Business’ report. This report ranks 190 countries on the Ease of Doing Business index. Following is the full text of the statement issued by CSOs on October 12, 2021:

In September, the World Bank announced that it would discontinue the publication of the Doing Business Report and Ranking (DBR). This overdue decision came after a series of internal audits and an investigation that revealed serious ethical improprieties, conflicts of interest inherent in the Bank’s Advisory Services and data manipulation in the development of the Doing Business. But the current revelations are just the tip of the iceberg of much wider issues.

By ranking countries on the grounds of regressive indicators, for 18 years the DBR has caused much harm, driving countries to a race to the bottom of business deregulation, eroding tax and social security systems, and removing critical workers’ protections. It undermined their ability to pursue industrial development and economic diversification in order to attract private foreign capital. More than any of its other flagship publications, the DBR most strongly embodied the World Bank’s neoliberal ideology, imparting a view of economic development as a competition between countries that can only be won by reducing the role of the state and creating the conditions for runaway capital. It also embodied the contradiction of an institution that is set up and supported with public resources to fight poverty, but too often puts profit before people.

The harm caused by the DBR needs to be recognised, repaired, and prevented from happening again, including by DBR offshoots, such as its Enabling the Business of Agriculture (EBA) rankings. Any new manifestation of the DBR is therefore unacceptable.

The most recent reports, which include an investigation by a law firm and a methodology review by an independent panel, revealed that data had been manipulated to change the rankings of five countries (China, Saudi Arabia, United Arab Emirates, Jordan and Azerbaijan) to accommodate vested interests and under undue pressure from World Bank leadership. These findings come in addition to a long history of misconduct and manipulations.

These revelations call into question not only the credibility and legitimacy of the World Bank in its self-proclaimed role as policy advisor for the world, but also its ability to conduct objective and independent research. They reflect deep structural problems, long highlighted by civil society, including:

Yet, instead of announcing comprehensive measures to address its lack of transparency, accountability and research integrity, the World Bank has engaged in a blame game that is placing all responsibility on one single individual, Kristalina Georgieva, while reinforcing its intention to go back to business as usual. It does not go unnoticed that Georgieva also happens to be a female leader in a world dominated by men, while current World Bank leadership, namely David Malpass, has remained unquestioned.

Blaming single individuals without addressing the faults in the system and its ideological bias is not a credible or adequate response for a leading global institution like the World Bank. The discontinuation of the DBR must be followed by a deep rethinking of the institution’s governance, processes and ideologies.

A credible response requires nothing less than a structural overhaul, including:

As we enter the World Bank’s Annual Meetings and critical discussions on how the Bretton Woods Institutions are to support countries in the Covid-19 recovery, it is imperative that the World Bank focuses on grappling with the harms caused by its undemocratic governance structure and biased publications like the Doing Business Report, and that it takes measures to decolonise the institution.