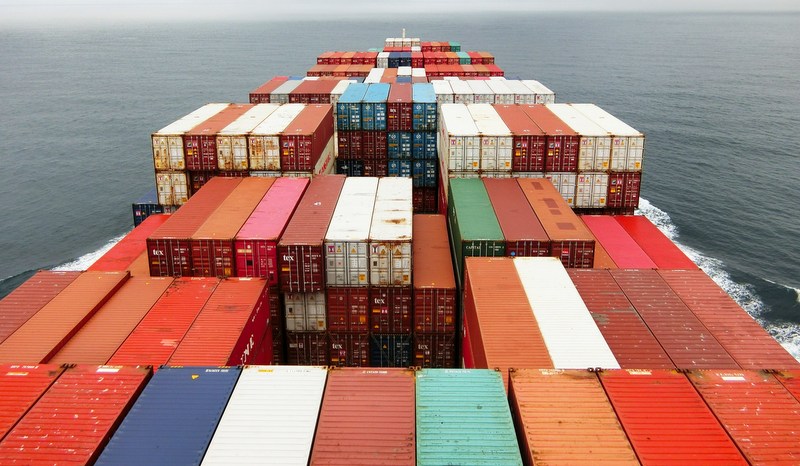 Trade Ministers from G20 countries met on 30th March, days after the heads of states and governments of the major economies for an Extraordinary Summit meeting, to take a coordinated stand in response to the COVID-19 pandemic. In these extraordinary times, the Trade Ministers agreed that the “international community to step up cooperation and coordination to protect human life and lay the foundations for a strong economic recovery and a sustainable, balanced, and inclusive growth.”[1]

In times when the global economic growth is adversely impacted on account of disruptive events, world trade suffers significantly more. For instance, in 2009, the global economy declined by 2.4 percent in the aftermath of the financial crisis, world trade declined by nearly 12.5 percent. Although the production networks were severely impacted as a result, concerted actions by the major economies to resurrect their economies, contributed to an almost immediate rebound of income and trade growth. But what made a critical difference in reversing the downturn was the commitment made by most economies to keep their economies open. They resolutely avoided falling in the trap that some major economies did during the Great Depression of the 1930s when they had adopted the protectionist policies, which worsened the economies woes considerably.

It is, therefore, imperative for the governments to coordinate their efforts to ensure that the COVID-19 curve is flattened at the earliest, which would be the first step towards bringing the global economy to normalcy. The first step in this direction should be in terms of joint efforts to mitigate the impact of the virus and to eventually find effective treatment protocols that would bring the global community back together once again. Mitigation efforts have been severely hampered by the shortages of medical supplies and equipment in many countries. Besides, the lockdown in a large majority of countries is now creating shortages of food and other essential products.

The G20 trade ministers have responded to this alarming situation by resolving that they would “take immediate necessary measures to facilitate trade in those essential goods.” They resolved to take collective action, in particular, on the need to make essential medical supplies and pharmaceuticals accessible at affordable prices support, and on an equitable basis, where they are most needed, and as quickly as possible. More importantly, they spoke about the need to guard against profiteering and unjustified price increases. They have also highlighted the need to encourage additional production through incentives and targeted investment, according to national circumstances.

Though the steps that the Trade Ministers have promised to take are quite encouraging, they should also be aware that the objectives they have set for themselves could face significant challenges from the global governance framework. They could focus on two key institutions, the World Trade Organization (WTO) and the World Health Organization (WHO), and to build on the past initiatives that were taken in response to pandemics.

Availability and affordability of medicines and vaccines have, in the past, been adversely affected by the intellectual property (IP) regime, especially the regimes for the protection of patents and trade secrets. Global IP laws are governed by the WTO Agreement on Trade Related Aspects of Intellectual Property Rights (TRIPS). The Trade Ministers would, therefore, have to take proactive steps to alleviate the burden of the IP regime by taking suitable measures through the WTO.

Almost two decades back, the Trade Ministers had taken an important initiative in the WTO when they responded to the last major pandemic affecting the humankind, namely, the human immunodeficiency virus (HIV) and its fallout, the acquired immunodeficiency syndrome (AIDS), by adopted the Doha Declaration on TRIPS Agreement and Public Health.[2] This 2001 Declaration allowed the developing and least-developed country governments to take at least two measures to respond to public health emergencies, both aimed at making the availability of medicines affordable.

The first of these was to allow the governments to issue compulsory licences to produce medicines domestically, in case the prices of medicines were found to be unaffordable. The second measure was to allow countries, which did not have capabilities to produce medicines domestically using compulsory licences, to import patented medicines at affordable prices. Both these measures were exceptions to the normal working of the patent system as provided under the Agreement on TRIPS.

Extraordinary times need commensurate initiatives. Therefore, the G20 Trade Ministers should collectively take appropriate measures in the WTO so that medicines and other medical products are freed from the encumbrances of the IP regime, which will, in turn, enable the delivery of these products to patients in need at affordable prices. Such an initiative will help all members of the organization, including the developed countries where public health systems are in place. With government finances getting stretched to their limits the world over, even these countries would find it difficult to make public provisioning at a scale that the present situation demands.

Since the outbreak of avian influenza caused by the H5N1 virus and its recognition as a pandemic more than a decade and a half back, efforts were afoot to develop suitable vaccines. In 2004, the World Health Organization (WHO) reached the “stark conclusion that, on present trends, the majority of developing countries would have no access to a vaccine during the first wave of a pandemic and possibly throughout its duration.”[3] The global system for managing suitable responses to such health emergencies is the Global Influenza Surveillance Network (GISN) of the WHO, now known as the Global Influenza Surveillance and Response System (GISRS), which maintains a protocol for the development of vaccines. The GISN requires affected countries to send samples of the virus to the WHO Collaborating Centres. The candidate vaccine virus is then identified and is disseminated  those findings to pharmaceutical companies for vaccine manufacturing.

This multilateral system of sharing virus for vaccine development has several inherent weaknesses, the first evidence of which was Indonesia’s inability to obtain vaccines on affordable terms despite its willingness to share the N5N1 virus with GISN. In response to Indonesia’s request for access to the vaccine, WHO expressed its inability to supply, while the manufacturer informed that the Indonesian government would have to wait two years to receive the vaccines since the available supplies were already contracted out.[4] Indonesia’s contention was that since it was sharing the virus, it had the right to obtain the vaccines on preferred terms.

According to Martin Khor and Sangeeta Sashikant,[5] at least two sets of global norms justified the position taken by Indonesia. The first was provided by the UN Convention on Biological Diversity, which stipulates that States have sovereign rights over their genetic resources, and when such genetic material is accessed for biotechnological research, the provider countries should be granted access on a fair and equitable basis to the results and benefits arising from the biotechnologies.[6]

Further, WHO’s “Guidance for the timely sharing of influenza viruses/specimens with potential to cause human influenza pandemics” of March 2005 stated, “that the country of origin of the virus has rights in determining access to the virus, and therefore conditions for access including benefit sharing arrangements.”[7] The Guidance stipulates that the virus should be shared by affected countries with WHO centres and reference laboratories in order to prepare a response to a flu epidemic. The principles include that the reference labs will seek permission from the provider country/lab to co-author and/or publish results obtained from the analyses of the virus; and that there will be no further distribution of virus/specimens outside the network of WHO reference labs without permission from the provider country/lab.

The adoption of the PIP Framework nearly a decade back and its promise to put sharing of viruses and access to vaccines and other sharing of benefits “on an equal footing,” the reality has not altered much. In 2019, 20 developing countries presented a resolution at the World Health Assembly underlining the need for the setting up of a “new international framework for the sharing of avian influenza viruses, to review the existing WHO research system and to prioritise the manufacture and availability of vaccines in developing countries.”[9] The resolution emerged from concerns that the PIP Framework was being “misused as companies had engaged in profit-oriented commercial activities using the viruses, while the developing countries face high prices and lack of availability of the vaccines which have been bought or booked by developed countries and are in short supply.” This must be the opportune moment to act on the concerns of the developing countries.

In the implementation of the PIP Framework, the role of the IP regime has also been discussed quite extensively. Though the Framework provides that sharing of viruses should take place through a Standard Material Transfer Agreement, and that neither the provider nor the recipient should seek to obtain any intellectual property rights (IPRs) on the shared materials, the reality is quite different. Studies have shown that industry and several WHO Collaborating Centres have claimed patents “over the parts of the shared biological materials and sequences. Countries that freely shared the virus samples (often developing countries) did not have timely access to affordable vaccines and anti-virals or to relevant information about the virus samples shared, while the patent system was used to appropriate the materials and knowledge.”[10] Appropriate intervention in the patent regime through the WTO is therefore vital for ensuring access to vaccines to overcome the current pandemic.

Since the WTO was established in 1995, its members have had frequently coordinated with the WHO to take a closer look at the trade agreements and public health objectives.[11]

Adoption of a coordinated strategy between the two intergovernmental organizations would be a key component in the war against the COVID-19 pandemic; the G20 Trade Ministers would do well to ensure that this becomes a reality.

[5] Khor, Martin and Sangeeta Sashikant (2007), Winners and losers in the sharing of avian flu viruses, TWN Info Service on Health Issues (May 07/03), 11 May, accessed from: https://www.twn.my/title2/health.info/twninfohealth089.htm.

[6] Article 19.2 of the Convention on Biological Diversity.

[7] Khor, Martin and Sangeeta Sashikant (2007), Winners and losers in the sharing of avian flu viruses, TWN Info Service on Health Issues (May 07/03), 11 May, accessed from: https://www.twn.my/title2/health.info/twninfohealth089.htm.

[8] WHO (2011), Pandemic influenza preparedness Framework for the sharing of influenza viruses and access to vaccines and other benefits, p. 6.

This briefing paper is dedicated to the memory of Martin Khor who passed away on April 1, 2020.