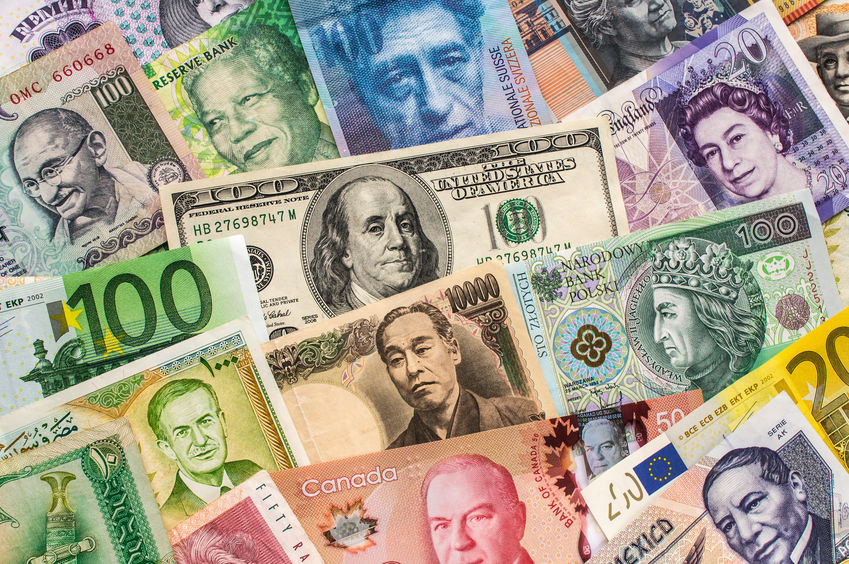 In March 2020, foreign investors pulled out a record Rs.1182 billion (US$16 bn) from the Indian financial markets as the spread of coronavirus (COVID-19) pandemic triggered panic selling across all emerging markets. As per official data released by the National Securities Depository Limited (NSDL), foreign portfolio investors (FPIs) and foreign institutional investors (FIIs) together pulled out Rs.619 bn ($8.3 bn) from the equity segment and Rs.603 bn ($8.1 bn) from the debt segment in March (see Table 1).

The capital outflows from the Indian markets in March alone were larger than the outflows witnessed during the entire year of 2008 – when the global financial crisis erupted – and during the 2013 “taper tantrum.”

*In 2019, the Reserve Bank of India introduced a Voluntary Retention Route (VRR) to enable FPIs to invest in debt markets in India.

Even though foreign investors became wary of investing in Indian markets in recent months amid concerns of slowing economic growth and social tensions, the coronavirus-led panic selling intensified in March as the 21-day nationwide curfew brought all economic activity to a standstill. In March, Indian stocks and bonds worth $1 billion were sold in a single day.

Such a massive selling spree was never seen before in the Indian financial markets. It not only battered the financial markets but also weakened the Indian rupee as foreign investors rushed to safe-havens such as the US dollar. The panic selling in the domestic equity market dragged India’s stock benchmark indices into a massive correction. On March 23, Bombay Stock Exchange’s Sensex witnessed its biggest one-day fall of 3,934 points (13 percent), and the Indian rupee touched a record low of 76.32 against the US dollar.

Of course, India is not alone currently experiencing high levels of capital flight. All major EMEs (particularly South Africa, Brazil, Mexico, Indonesia, Turkey, and Colombia) are also experiencing large portfolio outflows (both in equity and debt segments) with the unabated spread of the coronavirus outbreak. The International Institute of Finance has estimated that the outflows from emerging market securities were $83.3 bn in March 2020.[1]

Unlike advanced economies such as the US, India cannot undertake deep interest rate cuts as it could further trigger capital outflows and weaken the rupee. Portfolio investment is a major source of foreign investment in India. The FPIs and FIIs are among the biggest drivers of Indian financial markets. Over the years, the successive Indian governments have encouraged portfolio investment on the expectations that it leads to liquid and deep financial markets.

In addition to capital outflows, there are some other potential signs of India’s external sector vulnerability. As the global economy is heading into a full-fledged recession, India’s merchandise and services exports would be negatively affected and the inward remittances ($78 billion in 2018) would also slow down in the coming months. India’s tourism and travel sectors may take considerable time to recover even if travel restrictions are fully lifted by mid-2020. On the other hand, the lower international crude oil prices would certainly help in reducing India’s oil import bill, but the domestic demand for oil products will remain subdued due to the economic slowdown. Hence, this time the benefits from lower crude oil prices will not be as significant as earlier episodes of fall in crude oil prices.

Easing of Capital Controls on Inflows

In a knee-jerk reaction to massive capital outflows, the Indian authorities removed restrictions imposed on foreign investment in specific categories of government securities.

On March 30, the Reserve Bank of India (RBI) announced a separate channel, Fully Accessible Route (FAR), under which the foreign investors can invest in specified government securities up to 100 percent.[2]

At the time of writing, details of the government securities that shall be eligible for investment under the FAR are not available, but media reports suggest that this move would help in the inclusion of Indian bonds in global bond indices such as the JPMorgan Emerging Market Bond Index.[3] Besides, the government may be able to raise additional money to fund twin deficits – current account and fiscal.

It seems that the Indian government has not carefully weighed the pros and cons of allowing full foreign ownership of specific government securities. Given the fickle nature of short-term portfolio investments, it is unwise to remove caps on the level of foreign ownership in government debt instruments. It would make the Indian debt markets more (not less) vulnerable to global shocks.

It is well-known that the portfolio flows to emerging markets are procyclical, reinforce boom-bust cycles, and increase financial volatility as witnessed during several episodes of financial crises since the 1990s. That is why even the IMF nowadays endorses the imposition of temporary capital controls to tame volatile capital inflows, and its forthcoming New Integrated Policy Framework may further encourage EMEs to impose more restrictions on the capital account.

Since the late 1990s, India and many other EMEs are accumulating large foreign exchange reserves to self-insure against potential external shocks. Although India’s forex reserves may appear comfortable at $469 bn (as on March 20), but if large outflows are sustained over the next six months, reserves may not be adequate to act as a credible buffer.

The RBI occasionally intervenes in spot and forward markets to curb excessive volatility in the foreign exchange market. Still, such interventions have their limitations, and therefore, policy actions should move to other fronts.

Going forward, one option for India is to approach the US Federal Reserve to seek a US dollar-rupee swap line of $60 bn for at least six months, similar to what the Fed has offered to Singapore, South Korea, Brazil, and Mexico in March 2020. So far, the Fed has not shown any inclination to provide a similar swap line to India even though officially, the US considers India a key strategic partner.

Another option is to explore currency swaps via the Contingent Reserve Arrangement (CRA) established by India and other BRICS countries in 2015. Under this facility, India can potentially access up to $18 bn out of a total pool of $100 bn (see Table 2).

However, as other member-countries of BRICS are also experiencing severe liquidity pressures this time, it remains to be seen whether India (or South Africa) could get short-term liquidity support under this facility.

Introduce an Exit Tax on Outflows

India has considerable experience in deploying a wide range of exchange controls on both capital and current account transactions. Although India has been gradually liberalizing its capital account since the 1990s, the country still maintains the legal framework and administrative capacity to deploy capital controls on both inflows and outflows. To reduced financial fragility posed by large capital outflows, the Indian authorities should not hesitate to enforce controls on outflows, similar to what Malaysia (1998), Iceland (2008), and Ukraine (2008) did during the crisis episodes.

In this context, the Indian authorities could consider imposing a price-based capital control in the form of an exit tax on the repatriation of portfolio investments that would discourage FPIs to pull out money immediately from the country. The exit tax can be imposed initially for one year. The tax rate can vary depending on the type and holding period of the investment.

Besides, strict regulatory controls should be imposed to curb offshore rupee trading in the non-delivery forward (NDF) market concentrated in London, Singapore, and Hong Kong.[5] The offshore NDF market exerts considerable pressure on onshore currency markets, particularly when the market sentiment is fragile for the rupee. Being an offshore market, the RBI has no power to enforce regulations on it.

To conclude, the Indian government should proactively use all available tools to safeguard macroeconomic and financial stability threatened by massive capital outflows.

[5] For more information on the NDF market, see Kavaljit Singh, “Why is the Indian Rupee Depreciating?,” Briefing Paper No. 11, Madhyam, September 2013. Available at: https://www.madhyam.org.in/wp-content/uploads/2014/07/Why-is-the-Indian-Rupee-Depreciating.pdf.