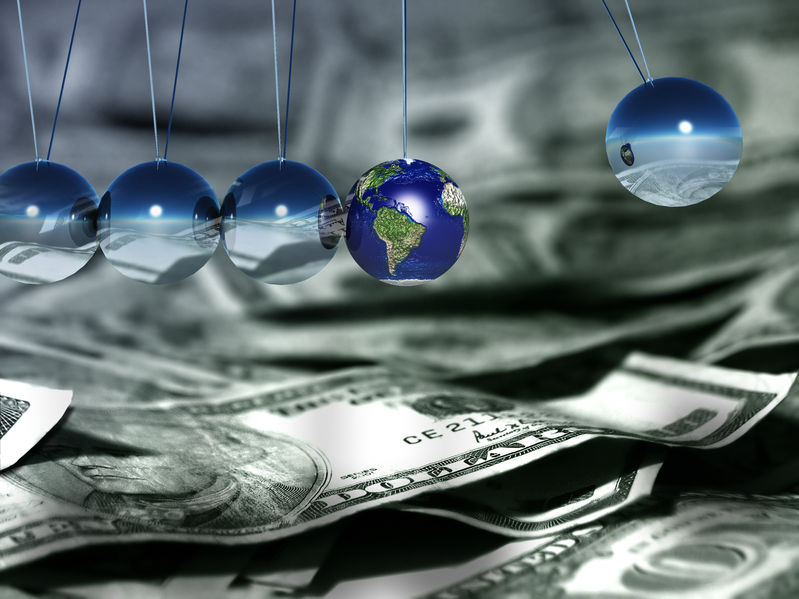 Contrary to popular perception, both the developed and the developing countries have extensively used a variety of capital controls to restrict and regulate the cross-border movement of capital. Although the types of capital controls and their implementation varied from country to country, it would be difficult to find any country in the world that had not used these at some point or the other.

Modern capital controls in the form of taxes on the purchase of foreign assets came into existence in World War I as governments introduced special taxes to bear the financial costs of war. After the war, capital controls almost disappeared but were deployed again to overcome the global financial chaos in the 1920s and 1930s. Capital controls were widely used in the inter-war years and immediately after World War II. During the post-war period, even the mainstream wisdom favoured the imposition of capital controls.

In 1944, the Bretton Woods system was designed to ensure that domestic economic objectives were not subordinated to global financial pressures. Under the Bretton Woods system, all countries were required to fix the exchange rate to the US dollar, and the dollar was fixed in terms of gold at $35 an ounce. Under this system, countries were obliged to remove restrictions on the current account while allowing them to impose controls on capital account transactions to deal with destabilizing capital flows. During the period 1945-60, capital controls remained largely unquestioned throughout the world as they contributed greatly to the achievement of two main objectives — an independent monetary policy and curbing destabilizing capital flows. The stable exchange rates accompanied by low and stable interest rates created positive financial conditions for long-term investment and rapid economic growth which occurred in many parts of the world.

Although capital account liberalization became a part of the international policy agenda with the establishment of the OECD in 1961, the removal of capital controls in the developed countries remained quite slow in the sixties. During the late-1960s and early-1970s, many developed countries maintained controls on cross-border flows. The US, for instance, imposed an Interest Equalization Tax (IET) in 1963 to discourage overseas investments in financial assets by Americans. The IET was withdrawn in 1974. In 1972, West Germany imposed a cash reserve requirement – Bardepot – of 40 percent to deter speculative capital inflows that were causing a balance of payments surplus and inflationary pressures. This measure was abolished in 1974.

The shortage of IMF funds coupled with the internationalization of the banking industry and the growth of the Eurocurrency market (also known as Eurodollar market) were important factors which led to the relaxation of capital controls in the late 1960s and the early 1970s. In the face of periodic runs on the dollar by speculators who believed that the currency was overvalued, the US unilaterally declared that it would no longer honor its commitment to exchange dollars for gold at $35 per ounce. In 1973, other countries let currencies float, thereby putting an end to the Bretton Woods system.

During 1974-79, the role of capital controls was re-examined as several developed countries had abandoned fixed exchange rates in the early 1970s. Following Canada, Germany and Switzerland, the United States abolished all restrictions on international capital movements on January 1, 1974. Many other countries either floated their currencies or pegged it to a basket of currencies. Thus, the earlier strategy of using capital controls for realizing the objective of an independent monetary policy was abandoned by these countries.

A significant shift towards removal of capital controls occurred in the early 1980s when the deregulation and liberalization trend gained momentum in the developed countries. The dismantling of controls and regulations was considered a necessary precondition to usher in a new era of market-led growth. Financial deregulation and globalization were the essential objectives of this strategy.

In 1979, the UK, which maintained comprehensive capital controls since the post-war period, took the lead when the Thatcher government decided to remove all kinds of controls and regulations including capital controls. A year later, Japan also removed exchange controls. Subsequently, many other developed countries fell in line. Australia removed most controls in 1983. The Netherlands had adopted full capital account liberalization by 1986. While Denmark and France liberalized before the end of the eighties, Sweden and Norway liberalized in 1989 and 1990 respectively. By the end of the 1980s, there was a substantial decline in both the number and types of controls used by the developed countries. South Korea, which continued to maintain strict capital controls till the mid-nineties, removed these in 1995, as a precondition to becoming a member of the OECD. In Europe, the trend towards removal of capital controls gained further momentum with the adoption of the European Union’s ‘Second Directive on Liberalization of Capital Movements’ in 1988. Despite the prevailing negative attitude towards the use of capital controls and the pressure exerted by the OECD and EU, some European countries (e.g., Spain, Portugal, and Ireland) reintroduced capital controls for a short period in September 1992 to deal with extremely disturbed conditions in the European Monetary System.

On the other hand, the developing countries are found to be more consistent with the use of capital controls despite liberalization and deregulation of their economies — a process started in the 1980s and the 1990s. Although the IMF has no explicit mandate to promote capital account liberalization, it encouraged countries to move ahead in this direction, especially before the 1997 Asian crisis.

Most EMEs eased or eliminated the restrictions on capital account transactions in the early 1990s but some Asian EMEs introduced or tightened controls after 1997, largely in response to the Asian financial crisis. In many important ways, the Asian financial crisis questioned the benefits of open capital account and pushed many governments to re-evaluate the role of capital controls to manage the systemic risks associated with boom-and-bust cycles of capital movements.

In the aftermath of the 2008 global financial crisis, capital controls are back in policy toolkit in several EMEs as they experienced an extraordinary surge in capital inflows following the crisis. Besides, some advanced economies (such as Iceland, Greece, and Cyprus) successfully used stringent capital controls on both inflows and outflows to weather the global financial crisis.

Post-crisis, China and India are broadly continuing with their erstwhile policy of controls on capital account with greater relaxations in the intensity of capital controls, while other emerging market economies (EMEs) have been selectively using capital controls along with other policy measures (such as accumulation of foreign exchange reserves and macroprudential regulations) to deal with volatile capital flows and to prevent financial crises.

The financial crises of the last two decades have shifted the policy pendulum in the direction of capital controls. The evidence does not support the hypothesis that capital account liberalization generates higher rates of economic growth. A significant number of studies have found no causal relationships between capital account liberalization and economic growth while the costs are increasingly evident in the form of recurrent financial crises.