Agriculture is a Big Deal. Any Trade Deal Should Not Mess with Indian Agriculture 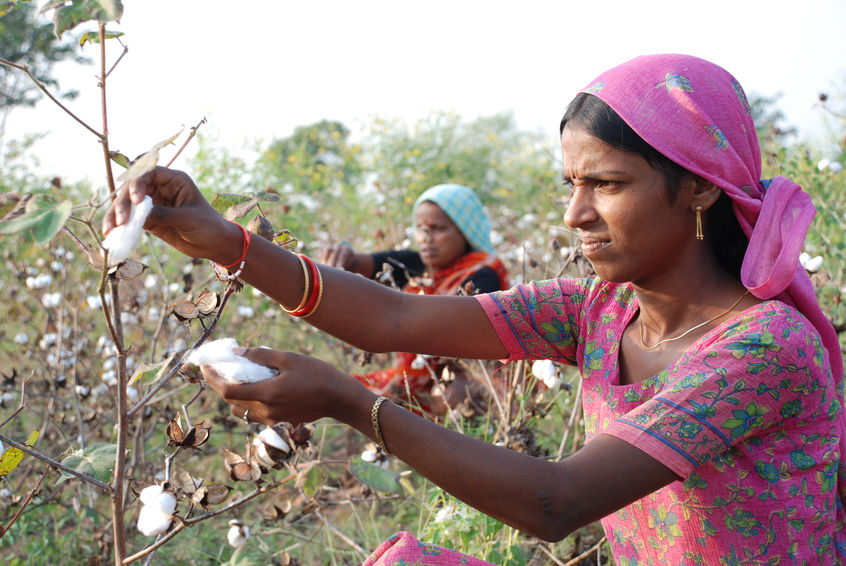 The possibility of a trade deal between India and the United States (US) is being discussed again. The timing of it is predictably before the presidential elections in the US in November 2020. Trade deals have figured in President Trump’s campaign speeches, including the one at the Republican National Convention. The Trump administration has been negotiating several trade deals in the past year, clearly with an eye on the elections. The more notable ones are referred to as ‘Phase One’ deals. These fast track deals do not require congressional approval or implementation legislation, with the US President given the Trade Promotion Authority (TPA). These are quicker, shorter, and not full-fledged free trade agreements (FTAs).

In March 2018 Trump asked the US Congress to extend his power via TPA for another three years to enter into ‘better trade deals’. In response to the use of TPA, in the election rhetoric, there are suggestions that the Democrats ought to reclaim Congress’s constitutional authority over trade policy.

Meanwhile, the USTR choice of countries is notable for the markets for agricultural products that other countries provide. After all, the US is probably the only country in the world to have a dedicated diplomatic cadre – the USDA Foreign Agricultural Service. According to the USTR data, agricultural exports support more than one million American jobs, with roughly 70 percent of these jobs in the non-farm sector, such as in processing and agricultural manufacturing.

The title of the USTR’s Fact Sheet On The 2020 National Trade Estimate, is very foretelling: Fighting to Open Foreign Markets to American Agriculture. So is the acronym for the Agricultural Technical Advisory Committees – ATACs, appointed by the USTR and USDA to provide industry advice to the two departments on trade policy matters including on trade agreements.

However, any so-called ‘trade deal’ that the US negotiates is never simply about trade – buying and selling of goods, services, and technologies. It is also about furthering the US geo-strategic interests. As is said geography is the mother of strategy. The US has been negotiating trade deals in other key countries in the Asia region.

This trade agreement came into force on January 1, 2020. Under the USJTA, Japan has agreed to reduce or eliminate tariffs on about 600 agricultural tariff lines. The agreement will grant American farmers the same access to Japan, as would the Comprehensive and Progressive Agreement for Trans-Pacific Partnership (CPTPP), now called TPP11. It may be recalled that Trump withdrew the US from the Trans-Pacific Partnership (TPP) in 2017.

With respect to the US agricultural products, Japan is now bound to:

This ‘Phase One’ trade deal was signed on January 15, 2020. Among other things, it commits China to buy on average at least $40 billion of the full range of US foods, agricultural, and seafood products annually for a total of at least $80 billion over 2020 and 2021. On top of that, China will strive to import an additional $5 billion per year over the next two years.

In the context of India, the US Secretary of State, Michael Pompeo recently tweeted: “The United States desires a new age of ambition in our relationship. We don’t just interact on a bilateral basis.” This was echoed by the United States India Strategic Partnership Forum (USISPF), which went as far as suggesting that there must be a quadrilateral free trade agreement (FTA) between the US, Australia, Japan, and India. This would run parallel to the Quadrilateral Security Dialogue (Quad) in the Indo-Pacific region. The US sees a broader role by India in this strategically important region. But then of course it also wants to sell more farm products in the large Indian market.

Ever since Trump visited India in February 2020 there has been speculation over the nature of a proposed trade deal between the two sides. Trump had then also hinted at a comprehensive intellectual property (IP) agreement between the US and India. IP is an important first chapter of the USCETA.

From July 2020 onwards, there have been numerous exchanges between political and business leaders from both sides. The US India Business Council (USIBC) organised an India-US CEO Forum on July 14. The Indian Minister of Commerce and Industry (MoCI) spoke of a ‘quick’ trade deal at the USIBC virtual summit on July 15. And more bilateral trade was reiterated in the Minister’s telephonic interaction with the US Secretary of Commerce Wilbur Ross on July 16.

The Federation of Indian Chambers of Commerce and Industry (FICCI) organised a webinar on FDI and GVCs between the US and India, where the Indian Ambassador to the US, Taranjit Singh Sandhu, stated that the ongoing trade talks would be the Phase One of a subsequent more comprehensive bilateral trade agreement. Continuing the exchanges, the USISPF organised an India Week from August 31 to September 4, 2020. This had the highest level of political support, with the Indian Prime Minister giving a keynote address.

Rethinking Indian Agriculture in the Time of Covid-19

India’s negotiating position on agriculture in any trade talks with the US ought to be determined by two key questions:

The COVID-19 pandemic has given a country like India the chance to re-think its agriculture. It must think through its trade policy, making it subservient to its food, farm, and nutrition policies.

The impact of the nationwide lockdown on food supply chains is more than evident. The more distant either the source of food or the venue for sales of agricultural produce is from small food producers the more precarious their situation becomes amidst increasing uncertainty. Even non-farm labour, which relies on agricultural processing for employment, would not have to migrate to urban centres if this were (re)localised to rural areas. Likewise, food storage and reserves for grain and seeds if built at the state or even better at the district level, within reach, would not require mobilising long-distance trucks and trains for distribution.

In the peak of the lockdown, India’s pulses import bill has risen. A self-reliant nation will not depend on imports for its food and nutritional security. This is a time when a vast number of primary producers and small businesses in the country are having to make the choice between getting exposed to the coronavirus and seek out work or else risk starvation. If a steady and stable demand for their products is not created, the recovery and rebuilding will remain elusive. Many policymakers are looking to agricultural activities for the revival of the economy. In such a scenario, privileging market access for agricultural products from overseas is a picture that just does not fit in the new frame.

The US has not only been asking for more of its subsidized agricultural products to be sold in India but has also resisted India’s public stockholding of food at the WTO. The American multinational corporations are ever keen to tap into the vast market that India provides for agriculture-related technologies ranging from seeds, agrochemicals, and drones, etc. But the fact remains that agricultural and allied sectors in India are sources of sustenance for the vast majority of the population. The country cannot afford to risk these sectors by pursuing the agro-industrial model, which is what the US advocates via its trade deals.