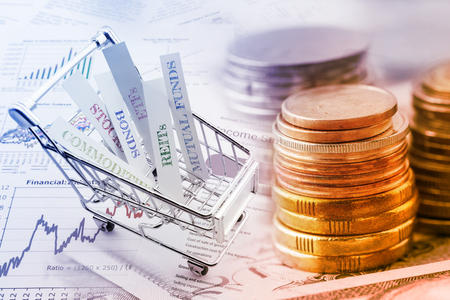 The Securities and Exchange Board of India (SEBI) is preparing to introduce options contracts and allow the entry of financial institutions in the Indian commodity derivatives market. Detailed guidelines and necessary amendments in the law are currently being worked out to implement these measures in the coming months. The purported objectives behind these measures are to deepen the Indian commodity derivatives market by allowing the entry of financial institutions (such as mutual funds, banks, insurance companies, alternative investment funds and other financial investors) and to widen it by allowing options with commodity futures contracts as underlying. At present, only futures contracts are allowed on the commodity derivatives exchanges.

There is definitely an upbeat mood among the policymakers to open up Indian commodity markets to financial investors – both domestic and foreign. Ajay Tyagi, the new chairman of SEBI, believes that these new measures would lead to “more exciting times for the commodity markets.”

These measures have been under discussions for the past several years but the former regulatory body, Forward Markets Commission (FMC), could not introduce them due to its weak regulatory and supervisory powers. In 2015, the FMC was merged with SEBI in the aftermath of Rs.65000 million National Spot Exchange (NSEL) payment crisis. The SEBI currently regulates both equities and commodities markets.

The SEBI will allow new participants in a phased manner with mutual funds will be the first one to trade in commodity derivatives contracts. This policy move is ill-advised for several reasons.

Same is the case with banks which lend money to farmers and agri-corporations in India but they don’t have any direct exposure to agricultural commodities such as wheat and rice.

For cash-rich mutual funds and other financial investors, commodity derivatives trading is an investment asset class just like equities and bonds. Such market participants attempt to profit from buying and selling derivatives contracts by speculating on future price movements but have no intention to actually own the physical commodity. However, it is often ignored that commodities are consumption asset class because they are produced, transported and consumed by people, corporations and governments and therefore have been an integral part of the real economy.

If SEBI does not impose investment caps on mutual funds then funds’ managers will invest a large chunk of pooled money in commodity contracts due to high risk-high return nature of commodity derivatives markets.

With this move, India is all set to join the global trend and make the trading in commodity derivatives much like gambling in a casino.

Allowing mutual funds to trade in agricultural derivatives contracts would be extremely risky as underlying commodities are mostly seasonal and perishable and therefore subject to unforeseen price volatility (sharp upward or downward movement in prices). Price volatility evokes risks for both producers and consumers. Volatile prices can have a devastating impact on the economy of a country and the livelihood of its people. A sharp increase in global food prices during 2007-08 resulted in food riots in many developing countries. On the other hand, lower prices can lead to less income to producers and commodity exporting countries.

Not long ago, the Indian authorities had suspended futures trading in several agricultural commodities in order to contain price surges that were largely driven by speculators and herd behavior among investors. A large sum of money invested by mutual funds in a commodity contract may cause prices to deviate further from its fundamentals and therefore may invite similar drastic actions from the Indian authorities in the future too. Hence, the SEBI should also be duly concerned about the potential risks posed to small retail investors due to risky investments made by mutual funds in commodity derivatives. After all, a mutual fund is a mechanism that pools money from many investors and invests that money in different financial instruments.

As I have noted elsewhere, what is good for financial investors is not necessarily good for Indian farmers. Since options are more complex instruments than stocks and bonds, they are not suitable for every trader, leave aside an average Indian farmer. Options contracts can be very risky if used purely for speculative purposes because of the high degree of leverage involved. Leverage magnifies both potential profits and potential losses.

Further, in the case of call options, the potential losses are theoretically limitless for sellers as the prices of underlying futures contracts can rise indefinitely and, therefore, the value of an options contract can also rise indefinitely. Given the high degree of risk involved in selling commodity options contracts, SEBI to put in place strict eligibility criteria for option writers (based on financial soundness) before permitting trading in such contracts.

The need for strong and effective regulation

It is a well-recognized that the Indian commodity market ecosystem is not conducive to promote the interests of hedgers (producers and users of commodities) due to the absence of a pan-India unified national spot market and limited spread of reliable warehouses and other infrastructure. As a result, the much-touted economic benefits of derivatives trading are not percolating down to the farmers and other spot market participants. It is high time that SEBI and other agencies undertake policy measures to create an inclusive commodity market ecosystem. Parallel efforts should be made by state governments to strengthen spot markets which are largely fragmented.

At present, the inter-linkages between the commodity futures markets and spot markets are weak and market abusive practices are rampant. For the SEBI, the policy priority should be to develop a robust regulatory framework that promotes market integrity and protects the interests of small producers and investors. The regulator needs to put in place strict rules for market participants and commodity exchanges to strengthen investors’ confidence and attract hedgers’ participation.

In addition, there is an urgent need to strengthen SEBI’s internal systems and procedures to ensure that commodity derivatives contracts are traded in a transparent and fair manner. Better policing, information gathering and surveillance mechanisms are also needed to maintain regulatory credibility. Put simply, the SEBI should put its own house in order before embarking on these measures aimed towards greater financialization of Indian commodity derivatives markets.