A Manifesto for Trade Justice 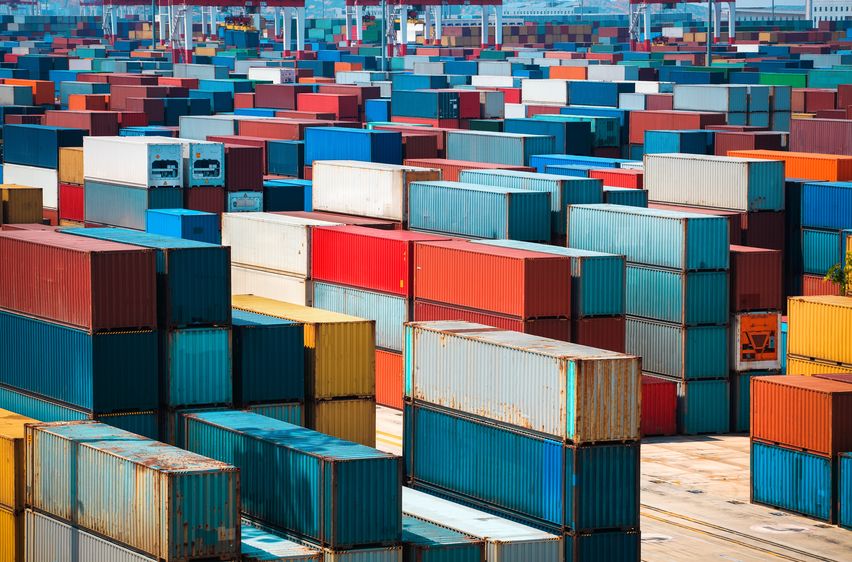 Following is the text of a manifesto for trade justice released by Forum Against FTAs – a network of India’s civil society organisations, trade unions, farmers’ groups, and concerned citizens – on the eve of the 2019 general elections urging all political parties to take a people-centric approach on trade policy and to institutionalise transparency in the process of India’s trade negotiations:

India is a huge country with great development potential. However, for this potential to be realised, Indian people must gain equitably from development, and development must serve the best interests of our people, including our farmers, workers, fisherfolk, traders, local industries, etc. We cannot blindly be led by the interests of a few globally dominant countries and private corporations that want access to India’s markets and consumers for them to exploit it at their will.

We must take the benefit of our domestic strengths and vitality for a domestic economy led growth, and engage with the global economy on our terms, that are relevant to the context and time. We must stay strong at the venues to negotiate the dominant powers in trade, such as at the World Trade Organisation (WTO) and other free trade agreements (FTAs).

We must have a nuanced economic development strategy and path, that are centred on safeguarding our people’s dignified earning and well being, while engaging with the global economy. Public procurement has been successfully utilised as one of the key policy tools to promote industrial development. This must continue to be available to governments as an industrial policy tool. It is essential that governments retain the policy space to regulate investments towards employment generation, food sovereignty, and sustainable development.

These issues are matters of life-and-death for the vast bulk of India – from sugarcane farmers, small scale milk sellers and plantation workers to small scale traders and service providers across India. People have now woken up to where their interests lie vis-à-vis promoting large business interests in global trade agreements, and are closely watching what stands political parties take on global trade.

In this regard, we urge all political parties to urgently adopt the following positions and commit to the processes presented below, marking a people-centric development path, which is also respectful of the planet.

India became a part of the global system of trade rules – GATT in 1948, even before the Constitution of India came into force in 1950. Subsequently, India joined the World Trade Organisation (WTO) in 1995. The membership of WTO has not brought significant gains to large sections of the Indian population. Any government in power must insist on trade as a means for development and not trade for trade’s sake. This means ensuring that long pending issues of development that are now being sidelined, such as implementation issues and reduction of agribusiness subsidies by the developed countries, should be addressed.

It requires strong political will to stand up against other governments that are pushing ‘new issues’, of greatest interest to developed countries, in the WTO, while they show no real commitment to address the pending development-oriented concerns raised by developing countries. One such new issue is e-commerce; it is essential that the government not lose policy space and the ability to build digital infrastructure and regulate the digital economy, even as its developmental implications are being fully understood.

Amongst the pending issues, the public stockholding of food by countries like India has been under attack at the WTO. Public procurement and stockholding of food are crucial to preventing hunger and malnutrition, and ensuring the right to food for all, and requires all WTO member countries to cooperate to arrive at a permanent solution. If these are left unresolved, our public distribution system and minimum support prices for small scale agricultural producers will remain constantly under threat of being attacked through trade sanctions. This will put our national food security at risk.

India must continue to put its force behind a multilateral forum for trade rules and work towards a genuine reform of the WTO.  Global problems need global solutions. Instead of exclusively pursuing a multitude of bilateral, regional and plurilateral trade negotiations that primarily serve corporate interests, governments should seek to rebuild genuinely democratic multilateralism.

India is currently part of several FTAs with countries like Sri Lanka, Singapore, Japan, and ASEAN. Large-scale trade diversion is taking place as imports from non-FTA partners are re-routed through countries with whom India has signed FTAs, flouting the Rules of Origin norms. Governments should maintain a right to utilise rule-based trade remedies in order to defend local industries against unfair trade.

The Government of India (GoI) is also negotiating several new FTAs and bilateral investment treaties (BITs), which warrant urgent intervention. The Regional Comprehensive Economic Partnership (RCEP) is one such proposed trade-cum-investment treaty being negotiated between 16 countries in the Asia-Pacific region including India that together cover half the world’s population.

Launched in November 2012, the most recent round of official talks took place in February 2019 in Indonesia. Previously, the leaders’ summit was attended by the Prime Minister himself indicating political endorsement from the highest office to advance the RCEP negotiations.

‘Mega regional‘ FTAs, such as RCEP call for deeper liberalisation and market access commitments going beyond the WTO rules result in loss of policy space. This can affect ordinary peoples, such as workers, small farmers, fisherfolk, livestock keepers, and agricultural labourers. In future FTAs, there should be no agreements that threaten or put at risk domestic manufacturing, agriculture, fisheries, MSMEs and cooperatives.

Some of the biggest risks in FTAs & BITs are Investor-state dispute settlement (ISDS) mechanisms that attempt to bypass local courts and justice systems. India has already faced several arbitration suits leading to millions of rupees in damages. Democratically elected governments must be free to conceive, adopt and implement policies in the interests of their people without the threat of being sued by multinational corporations through unaccountable international arbitration mechanisms such as the ISDS.

It is essential that any intellectual property rights (IPR) regime facilitates governments’ efforts to achieve sustainable development goals, and should not be a hurdle in the process. For example, IPRs have implications for seed freedoms of farmers, when FTAs ask for higher & tighter IPRs over and above WTO TRIPS. This goes against our existing domestic law – Protection of Plant Varieties and Farmers’ Rights Act, which guarantees farmers’ right to seeds. IPR also affect health rights of people, especially low-income groups. India is a major producer and supplier of affordable medicines. The government maintains ‘No TRIPS-plus’ in all bilateral FTAs, particularly with Japan, Switzerland, EU, and the US as they push for IPR chapters that undermine generic competition and access to medicines. FTA talks should not dilute or undermine public health safeguards in the Indian Patents Act. Moreover, public services should be excluded from the legally binding commitments under FTAs.

Existing FTAs that India is a part of in the Asian region must be rationalised. Moreover, we need an alternative regional approach, not only in South Asia but the Asia Pacific region, which does not push so-called ‘free trade’ and investors’ rights at the cost of lives and livelihoods of people, and the life of the planet.

3. State Governments Must Be Consulted

Since trade rules deal with several matters, such as agriculture, which as per the Constitution of India are State subjects, therefore it is imperative that state governments are involved in the decision-making on trade. They must have all the information on the issues being negotiated in trade talks and the positions that GoI intends to take vis-à-vis the range of topics covered in FTAs like RCEP. Further, state governments must have the right to shape trade negotiations based on the needs and interests of their most vulnerable constituencies and populations.

Since the Central Ministry of Commerce and Industry (MoCI) is negotiating the RCEP with directions from the Prime Minister’s Office, there are concerns that even the Agriculture Ministry (MoA & FW) is not entirely aware of the status of the talks on agriculture within the RCEP, and what trade-offs with respect to agricultural trade have been put forward on behalf of India to be able to negotiate better terms for India in other sectors, such as services. In such a scenario it is imperative that the Departments of Agriculture in the State Governments ask that the Centre institutionalise their involvement in any trade talks. In its Election Manifesto of 2014, the current ruling party at the Centre had made a promise that it would involve the state Governments in the promotion of foreign trade and commerce.

4. There Must Be a Process of Parliamentary Debate

The signing of international or regional treaties should not be limited to being an executive act. Moreover, the foreign policy establishment, which often plays a critical role in signing FTAs/BITs to fulfill geo-political strategic objectives, must be held accountable for the non-achievement of projected gains from such trade rules. More importantly, the Parliament of India and state legislatures must be informed and substantive discussions on the proposed treaties must take place in both houses of the Union Legislature. This is the only way to have elected representatives across parties to engage in the process. In fact, the Centre must facilitate public consultations with people of all the states. It must also be insisted that on its own part, the GoI undertake an ex-ante assessment of the likely impacts of RCEP on different sectors. In many countries, unless the Parliament ratifies, such FTAs cannot even become legally binding on that country.

While FTAs are being negotiated, neither state governments nor citizens are made aware of the content of these trade talks. Marginalised communities, including women, get completely sidelined in trade talks. For example, we only know that there are 24 chapters proposed in the RCEP. What will be the gendered impacts of these provisions if they are implemented? Principles of Fair Trade are not adequate to address all the concerns. The draft texts of the chapters are yet to be made open. The proposals being put up by the Indian side ought to be known by Indians. The present government announced a review of India’s existing FTAs in June 2014. To date, however, the review report has not been made public. It should be made public so that people can assess the impacts of India’s existing FTAs.

Over and above that the GoI must institutionalise transparency in the process of India’s trade talks. The veil of secrecy over trade negotiations and the negotiating texts should be removed, and a democratic process must be followed in trade negotiations. This includes the proper consultation with trade unions, farmers and fishers’ organisations, agricultural workers’ unions, dalit and Adivasi groups, and representative bodies in different sectors. If FTAs/BITs are good for people, why should they be kept ‘secret’?